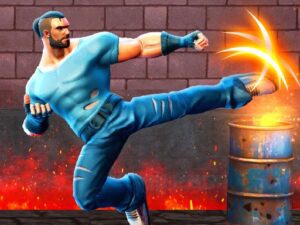 Street Mayhem – Beat ‘Em Up game invites you to a long adventure. You struggle with bad guys and mutants in different places. You are accompanied by Edward, Jennifer and Russell in this fight. Each character has different abilities and style. Have Fun!
How to play
Controls
Video
How to play

Each character has different abilities and style. You need to score to unlock the characters Russell and Jennifer. Try to complete the game story by fighting in Dark City, Forest, City Town and the final episode Castle. In the other mode of the game, in the 2 PLAYER section, you can have classic fights with your friend. Whoever wins 3 Rounds wins the game! Play Now!
Controls