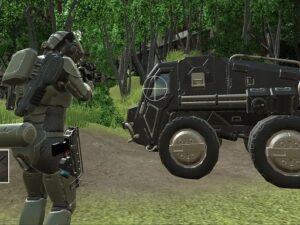 Alien Survival Shooter 2022 survival game that involves an army of the undead and aliens, and they now control the globe. The blizzard survival game that we are familiar with includes activities related to survival games. The humans who hid in the underground bunkers were the only ones who had a chance of surviving. Have fun!
How to play
Controls
Video
How to play

The shooting and driving game known as Alien Survival aims to make it through the onslaught of an alien invasion. Driving vehicles and trying to smash creatures or soldier aliens, parking your vehicle, collecting coincollectingect canisters, and many other missions exited can be fun on this great map. Some of the missions waiting for you to drive and shoot in great apocalypse maps include surviving enemy creatures, aliens firing a gun at you, driving vehicles and smashing creatures or soldier aliens, and so on. Play Now!

Mahjong Around The World Africa

Play Mahjong Around The World Africa Online Game For FREE